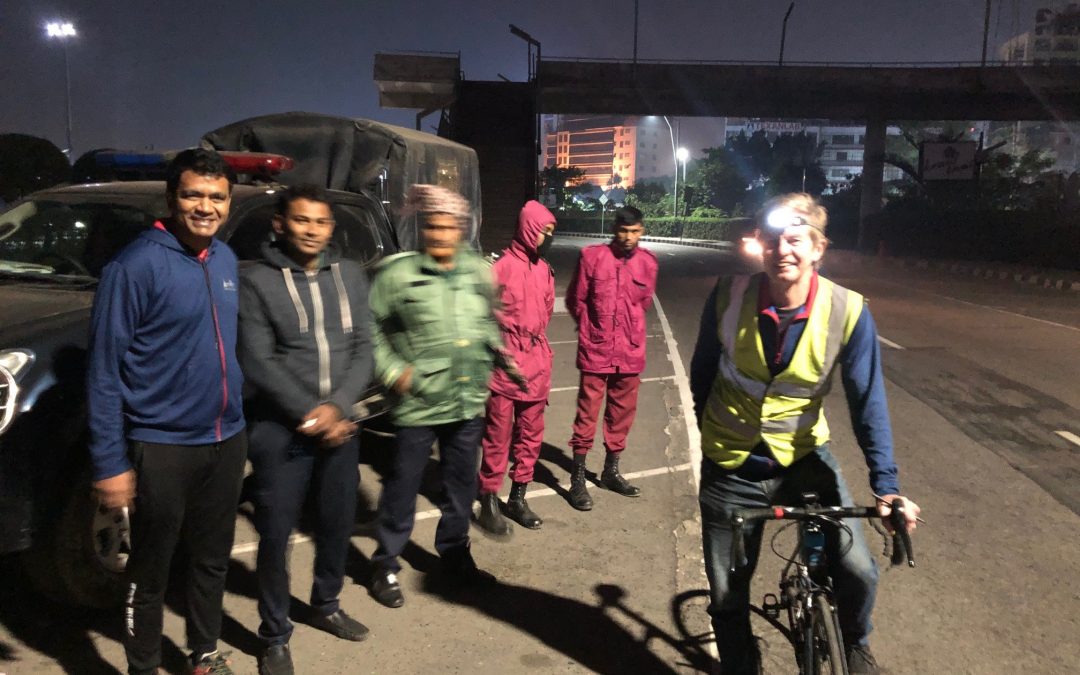 Dhaka, Bangladesh – On the edge of Lake Hatirjheel in the early hours of a late fall morning in 2019, a little piece of running history was made. Hugh Jones, world famous British 2 time Olympic  marathoner and past winner of the London marathon, arrived at the invitation of RUNBANGLA International, to officially measure and certify (AIMS-IAAF) the first internationally sanctioned running event in Bangladesh history. CCCL-RUNBANGLA International 10K, scheduled for March 13, 2020 7:00am. Before sunrise over the course of 3 hours Hugh Jones went to work, with road access assistance by local authorities, to meticulously apply the internationally accepted standards for course measurement, in part developed by himself. Hugh Jones is recognized worldwide as one of the foremost experts in this exclusive field having measured hundreds of courses over the years including several Olympic Marathons. Upon successful completion of measurements and data gathering, Hugh returned to his hometown of London to complete the application process for the race. Official certification by the Association of International Marathons and Distance Running (AIMS) and International Association of Athletics Federation (IAAF) was completed.